SPRINGFIELD, Missouri (April 10, 2019) – On Episode 12 of the Tailgate Guys BBQ Show Podcast, we visit with members of the National BBQ League – including Luke Darnell of Old Virginia Smoke, Mike Johnson from Sugarfire BBQ, Ryan Murphy of Dirt Road BBQ – at the latest NBBQL event in Springfield, Missouri. Johnson told us about the new Sugarfire franchise that is coming to Springfield, Missouri later this year. 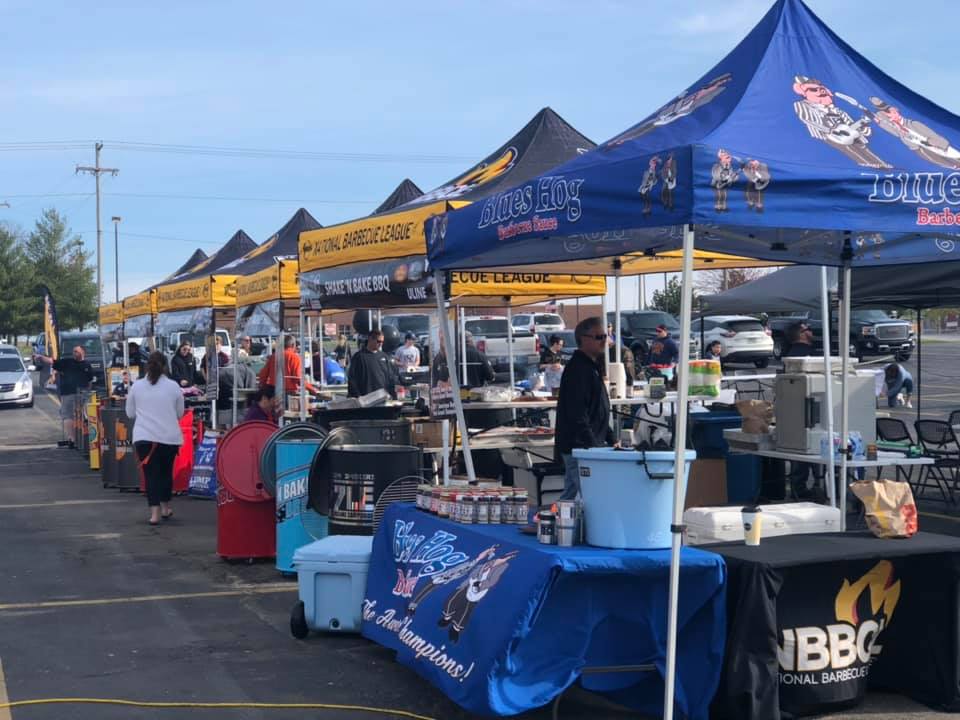 The guys also chatted with Megan and Jason Day of Burnt Finger BBQ, who shine in their role as co-hosts of NBBQL events on Facebook live and Youtube.

Plus, Chris Peltz of Blind Grillin’ joins us. Chris was a frequent guest on our old, local show and it’s fun to be able to take his inspiring story to the entire BBQ World. Chris is vision impaired but that does not stop him from enjoying his love for outdoor cooking and for giving helping tips to other on how to improve their BBQ game. Give Blind Grillin’ on Youtube a follow.

The guys also discuss the Tailgate Guys BBQ Show team’s preparations for RocknRibs BBQ Festival, coming up in just two weeks, and do a quick blitz of some sports subjects.

Thanks to our sponsors Smithfield, Blues Hog, Affordable Income Tax & Payroll, Colaw RV Sales and Veterans Q BBQ Sauces and Rubs. Don’t forget to cash in and get 20 percent off all orders at VeteransQ.com by using the key word “Tailgate” at checkout.

Check out this episode of Tailgate Guys BBQ Show